Hey Lovelies! I have been pretty busy lately, so I wasn’t able to make something crafty for you today. I was working on a dance animation for my favorite group, Team Spark a Chinese group. They announced a Dance Cover Contest about a month ago, and because of reasons, I can’t dance. I tried to think outside the box, as I usually do and decided to draw an animation of the dance. But never realized how much work that actually is. I thought I could do the whole MV before the deadline, turned out, I could only do half of it. xD. I’ll gonna explane how I made it and show you what my end result is in this blog. So, if you feel like doing it as well one day, you know how to do it!

First, I downloaded the Joker dance MV by Team Spark. I needed it for the technique I wanna use, called Rotoscoping. That basicly means you are gonna trace every frame of the movie/clip you wanna use. Usually this is done digitally, but there’s always going something wrong if I work digital, (I’ve some fun stories about me and electronics tho, but not now!) so better not for me. That’s why I chose to do it on paper, what’s actually more work, I’ll explane later.

Then I opened Photoshop and opened the ‘Animation’ option (You can find that under the tab window). Then I dragged and dropped the MV in there. I set the frame rate to 11FPS, normally it was 25.. gosh I can’t imagine if I had to draw 25 frames per second. I would have never finished even 30 seconds xD. I probably could have set the frame rate to 10, but yeah, not sure what I was thinking xD.

Now everything was ready to go, I had to cut my paper from A4 to A6. I didn’t wanna use big sheets for this, just big enough to make it work. So yeah, that’s another extra step I had to take. I am used to cutting paper sheet and survived them all without getting injured haha!

From here I made sure that I positioned my paper at the same spot every time. This is very important to make it work at all. So I got the rulers out in photoshop and dragged some guides for the size of my paper, those lines need to stay there all the time, so I locked them. When that was done, it was time to start.

While tracing I was in control who I wanted to draw and who should dissapear etc. I had fun playing around with people coming in and out of screen. This way it was also faster to finish it. If I had drawn everyone on screen all the time, it would have taken me even more time. And this way you also could get a creative aspect in there.
I sometimes had to make up things as well, when it got covered by something or someone, but I guess it’s not noticeable in the video, yay!

No clue if it would work out

I wasn’t sure if it all was working out, I only could flip all pages in my hand to check a bit. But I would know for sure if I scanned/edited/animated everything together. Most of the time it was just praying it was going to work.

After I had drawn all the frames I wanted (I wanted to go up to after the chorus, so around 1min 35sec). I realized how many papers I had to scan and edit. I had drawn 1035 individual images, my pile was huge. These all had to be scanned. I did it per 2 at the same time. To give my scanner a break as well. Those scans needed to be cutted out to the right, same size and saved as the right number of frame. I couldn’t mess up, if I did, my animation was ruined. This process took me a few days >_<.

I did this in photoshop, used the same thing as I used in the beginning, only a bit different. First is was a timeline animation, but now I was using frame animation. Every image got it’s own frame and I set the time that the frame was shown to 0,09sec. While the first frame of every sec was shown for 0,1sec.

This was pretty time consuming to do, but not as much as the other things I had to do before this. It went pretty smootly up till the moment I got to the end and photoshop refused to save my work. so I tried to render the video without it all being saved, and guess what. Photoshop crashed.
I had to redo about 300 frames, so not that much, but by that time I was pretty frustrated and running out of time. I actually wanted to have it up that day. That did not happen, it was already 9pm when photoshop crashed. I decided it was better to stop, calm down  and continue the next day.

So the next day I got the animating process done pretty fast, it went smoothly this time. But I knew I wasn’t done yet. I still had to add music and I wanted to film a small part where I show the pile of paper I used.

I switched to the program Magix to finish it all up. What I noticed was when I added my animation with the music, it didn’t line up. So I actually set the frame rate in my video to I believe 12,20FPS. Now it sorta lined up properly with the dance moves. I added my video of the pile of paper and some text and exported the whole thing. Now it was finally almost over. Just uploading on youtube and other social media and I got it all done before the deadline.

I’m pretty statified with hou my video turned out!even tho it took forever to finish, over 80 hours >_<. I’m happy everything worked out. Now the waiting game starts and I am not even sure if my entry gets accepted. Let’s find out. At least I’ve shown my boys some love! That’s what counts, right?! ^^

Now I need a massage (any volunteers?! xD) and plenty of time to relax/sleep xD

I have to do this, even I don’t want to. But I have had enough troubles in the past with reposting and/or art-theft on my work. I don’t wanna deal with that anymore (even I know it will happen again). At least I can try to make it a bit more clear to you guys and know that I love you.

I always feel.. confused when my work get’s reposted.

It’s not to make ppl feel bad by posting this. it’s just to clear up things, cause I know most ppl wanna repost to help artists. But in the end, how many of you actually read a description underneath a post? not many right?! So in my eyes it doesn’t help.
I always feel.. confused when my work get’s reposted. I don’t know what to feel exactly. I’m a bit happy, but also sad (specially when that post get’s way~ more likes then my original post). Sometimes I also feel angry when there’s not tagged correctly (nor asked to repost). There are so many feels involved when it happens, it kicks me off for days. (Usually I don’t dare to say anything when it happens, only when it is art-theft, then I try to get it down as soon as possible.)

Overal, for me I don’t allow reposting anymore. But I just wanna make clear that this is different for every artist. Make sure to ALWAYS ask the artist for permission,  before you repost anything. You can get in a lot of trouble by reposting, not crediting or even copying someones work without asking. But if you wanna copy someones work for practise, just keep it to yourself, don’t share it online.

I hope you will have a wonderful day!

It’s been forever since I have been here! Thank you for those who are still here, and to those who are not anymore, that’s totally fine too.

All this time I was away, I just needed it for myself, work on some habits I wanted to get rid off and make some new, healthier habits. You know, that’s not easy at all haha. But I feel that I’m getting used to my healthier lifestyle. I still wanna add things to my life, like Yoga, but that will come with time. I can’t change my whole life at once, and I’m totally fine with that. Slowly I will get where I wanna be.

Even tho I struggled a lot, the past time. As well as with my health, as well physically. I found out about stuff I didn’t even realize and I got pretty sick. I’m not saying everything is fine now. But I’m so ready to move on. I’m slowly getting there, finding my path. I know what I want and I’m gonna work hard for that, but step by step.

I have so many plans for the future, and one of them is opening a Etsy shop and sell my crafts. I am making art-dolls lately, they turn out way to cute, how can I ever say bye to them?! But yeah, I know I have to sell most of them, cause my room is getting way to crowded with all those creatures XD. I’m sometimes worried that, when I’m away, they will give a party and leave a big mess in there..teehee.

I’m sometimes worried that, when I’m away, they will give a party and leave a big mess in there

I also decided to make a fresh start with Instagram, I have made a new account. I have been thinking about that for over a year now, but I didn’t dare to do it. I guess I was to attached to the followers I have and scared to loose them. But hey.. I can build that up again, and if you were following me already and wanna follow me along on my journey, definitely go follow me there, I promise you there will be better content, like stuff I wanna sell, behind the scenes, TSUM TSUMS xD, patterns, give aways  and lot’s more~. So hit that follow button!! Click Click Click~ 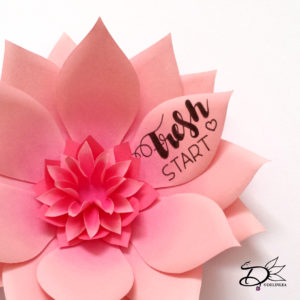 I also gonna use my website more in combination with Instagram. So for example I post a picture of a Tsum Tsum I made and on my blog I will post the pattern. I hopefully gonna post blogs every week or every other week, depends on how fast I get used to posting things XD.
There’s also my deviantart page, which I abandoned for so long, I will start posting there again, so if you feel like watching me there (I still think that’s scary stuff tho xD) hit the link now ^^ Click Click Click~

Okay I have rambled enough for today XD

I love making all these free things for you, tho it would be very helpfull if you can support me on here. (You don’t have to tho, totally up to you!)